Field of Passion and Dreams by Jacqueline Anne ...

Field of Passion and Dreams

Book One of The Field Series 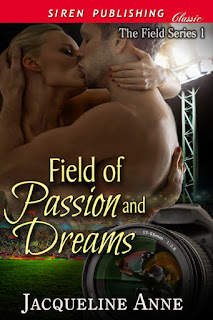 Graham Grayson is a hard worker and all around gentlemen. His dream to play in the majors like his dad just came true. He was called up to be the catcher for the Pittsburgh Buccaneers. On the day of team photos, he meets photojournalist Jordan Michaela Roy.

Still grieving the loss of her dad, Jordan sets aside emotions and memories of her sports reporter father to find her passion again on the field as a sports photojournalist. While working spring training for Major League Baseball, she never anticipates passion igniting off the field, too.

Neither Graham nor Jordan can deny their explosive attraction or the happiness they feel being with each other. Their fathers’ past friendship has them wondering about destiny.

While they worry about the demands of their careers, traveling, and being in the public eye, nothing can prepare Graham for the devastating news that makes him question life, his dream, and love.

Will Graham realize his mistakes before it is too late?

*coming soon to other sites

Jordan realized she was downing her berry martini way too fast, hoping Mike would go away or the drink would magically make him disappear—or at least make this conversation less excruciating. Actually, to be a conversation, two people would have to be participating. Mike was the only one talking and all about himself. It seemed to be his favorite subject.

No such luck. The martini did not possess the magical powers she was hoping for.

She tried walking away a few times, but he boxed her in each time. She also attempted to get Neal’s attention who was too busy on the other side of the large room. She didn’t want to make a scene, but she also had dignity. A fine balance Jordan was struggling with at the moment because she was certain this man didn’t hear the word “no” very often. He was so full of himself, she was beginning to find it humorous. She had to bite her lip to keep from laughing at him. Jordan cussed at her tendency to laugh when she was in a bizarre situation. She had done it the other day during Graham’s photo session when he complimented her. Although she found that to be a different kind of ridiculous.

She downed the rest of her drink and set it on the bar when she felt a warm hand on the small of her back. As the heat rushed through her, she immediately knew who it was before she even turned around.

“There you are. I’ve been looking for you.”

She turned to see Graham standing beside her. He pressed a soft, sweet kiss to her cheek. The moment—the sensation—left her stunned at first, then tingling all over. How in the world did he ignite so much in her with a simple touch?

She gazed up and down his body, admiring how handsome he looked in his suit.

“May I have this dance?” he kindly asked.

She looked at Mike with the smirk he had on his face—one she would love to wipe off. Then she turned to Graham, smiled and said ever-so-politely, “I would love to.”

He took her hand, kissed the top of it and led her to the dance floor. He was such a gentleman. He drew her into his arms and began moving her around so naturally. The man could definitely dance.

“Mike should thank you, you know. I was close to decking him.”

Graham chuckled. “I don’t doubt it. It would have been fun to watch.”

Jordan’s lips curved. There was something special about Graham. She felt it but couldn’t begin to comprehend it. The more she was around him, the more she wanted to discover just what it was, despite the need to stay focused on her job.

“Thank you for coming over, but I didn’t need to be rescued.”

Adult Excerpt
Her tongue slid into his mouth. The taste of the bittersweet lemonade from her meal still lingered on her lips. With her arms and legs wrapped around him, he moved a few steps forward and pressed her up against the wall. She moved a little and sank down on him.

Graham groaned out his pleasure. “Damn, you feel so fucking good.”

He rocked into her and prized the feeling of her naked body relying on his strength to hold her. He knew she was a strong woman, but having her like this—giving him her whole body—made him want to pleasure her forever.

He dipped his head down, sucked on her breasts and was rewarded with her moan. She moved her hands through his hair, keeping his head down to show him where she wanted his attention at the moment. He felt her muscles start to twitch.

He met her lips, and their tongues played wildly. He thrust harder, banging their bodies against the wall. Her pussy squeezed him as she soared through her orgasm pulling him right along as they panted each other’s name.

Sweaty and thoroughly pleased, he took a step away from the wall, slid out of Jordan and set her down on her feet. Her arms lingered around him as they caught their breath. She placed a sweet kiss on his lips.

“How long do you think the fireworks will last?”

Her sincere tone held so much hope. She truly was an open, honest woman.

“I hope forever,” he answered truthfully and kissed her forehead. 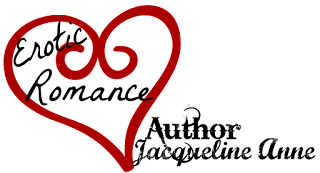 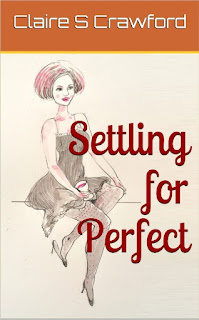 '... Heart pounding against my ribs, my breath catches in my throat as he looks around. Holding the end of the scarf high, he pulls my arms above my head and ties the silk through the metal handle of a cupboard level with his shoulders. Watching him nervously, I give a little tug but I am secured tightly and can barely move. Instantly my thighs begin trembling.

“What game are you going to play?” I ask as he disappears behind me and starts opening drawers.

Sliding a firm hand over my butt, he squeezes my cheek...' 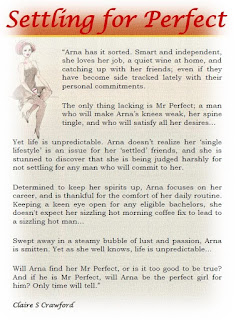 Claire S Crawford is a contemporary romance author who has traveled the world, lived her dreams and had her fair share of dramatic, lustful and adventure filled romances. She writes fast-paced, raunchy books full of desire, fantasy and sizzling hot passion. Her characters are fun, flirty and sexy, and always find their ‘happily-ever-after’, albeit with a dash of drama along the way.

Claire loves to escape from ‘real life’ into her fictional worlds. She has a wealth of experience; ‘life’ and professional, and used her rich patchwork of knowledge as inspiration for her books. She is married to a wonderful man and has a young family.
LINKS:
Facebook : https://www.facebook.com/clairescrawford
Blog : https://clairescrawford.wordpress.com
Twitter : https://twitter.com/clairescrawford
Amazon : https://www.amazon.com/author/Claire-S-Crawford
Posted by Suzy at 10/14/2016 09:51:00 am No comments: