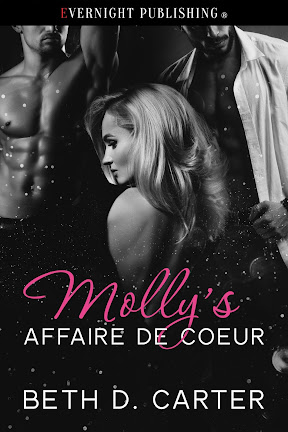 How'd you/your muse come up with this story?
I lived in Paris for 4 months and explored the city every day. It was the adventure of a lifetime. I used all that experience to write Molly’s AdC. That’s why, in some scenes, it’s a lot of detailed exposition.
How much real life do you put into or influences in this book?
A lot. Even down to the guy in the shower that Molly watches. When I moved into my apartment in Paris, the living room window looked down into my downstairs neighbor’s bathroom. I accidentally witnessed him showering one night, and that sparked an idea which eventually led to this story.
If someone hasn't read any of your work, what book would you recommend they start with and why?
I would say it depends on the genre you wish to read, because I’ve got a foot in a lot of them. Some of my favorites are Dreamland, When Lightening Strikes, Invincible…this one. Really, everyone should check out my bookography (I just made that word up).
Name one thing readers would be surprised to know about you.
I used to work for a film and tv editing company, who used to do the nomination packages for the Emmy’s and Oscars. I was able to attend the Emmy’s one year, wearing a beautiful dress and walking the red carpet. I got to see a lot of stars, including Jack Lemmon before he died. It was a fun time in my life, going to a few “Hollywood” parties and meeting celebrities. I’m glad I had the experience.
BLURB:
Everyone in her hometown knows that Molly Evain is shy.  As a librarian she relates to books better than to humans.  Quiet, reserved, demur...all words people use to describe her, including her boyfriend.  But when he pops the big question, Molly realizes she doesn't want to be those adjectives anymore.  What she doesn't know is if she's able to change since she suffers from panic attacks and agoraphobia.  In order to give herself time before answering, she decides to take an impromptu vacation to .
A chance encounter puts her in the path of not one, but two, handsome men.  Regan Rookery is a hockey heartthrob, on vacation to find relaxation and anonymity in .  Shane Gordon is the man she is having a voyeuristic romance with through her hotel window.  When she realizes both men are best friends and she’s whisked to the French countryside, Regan and Shane come to terms that they are both falling for the same girl.
But their lives are disrupted by the media attention of their relationship and Molly doesn’t know if she’s strong enough to handle the attention and publicity.  Does she run away, knowing that if she does, she could lose both men she’s come to love?
BIO & SOCIAL MEDIA LINKS: 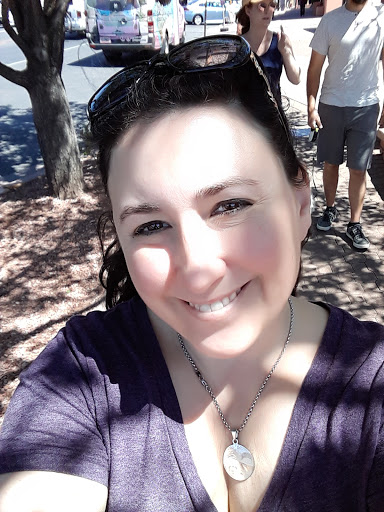 I began reading my mom’s Harlequin Presents in the fifth grade, and from the first story I knew I wanted to write romance novels. I like writing about the very ordinary girl thrust into extraordinary circumstances, so my heroines will probably never be lawyers, doctors or corporate highrollers.
I try to write characters who aren't cookie cutters and push myself to write complicated situations that I have no idea how to resolve, forcing me to think outside the box.  I love writing characters who are real, complex and full of flaws, heroes and heroines who find redemption through love.
You can find me on the web at:
www.writtenbutterfly.com
https://twitter.com/BethDCarter
https://www.facebook.com/bethdcarterauthor
https://www.instagram.com/bethdcarter/
https://www.bookbub.com/profile/beth-d-carter
Amazon author page:  https://www.amazon.com/Beth-D-Carter/e/B00EOTD1T0
BUY LINKS:
Evernight: https://www.evernightpublishing.com/mollys-affaire-de-coeur-by-beth-d-carter/
Amazon: https://www.amazon.com/Mollys-Affaire-Coeur-Beth-Carter-ebook/dp/B092LK3JFG
Smashwords: https://www.smashwords.com/books/view/1079793
Kobo: https://www.kobo.com/us/en/ebook/molly-s-affaire-de-coeur
Posted by Suzy at 4/29/2021 07:55:00 am